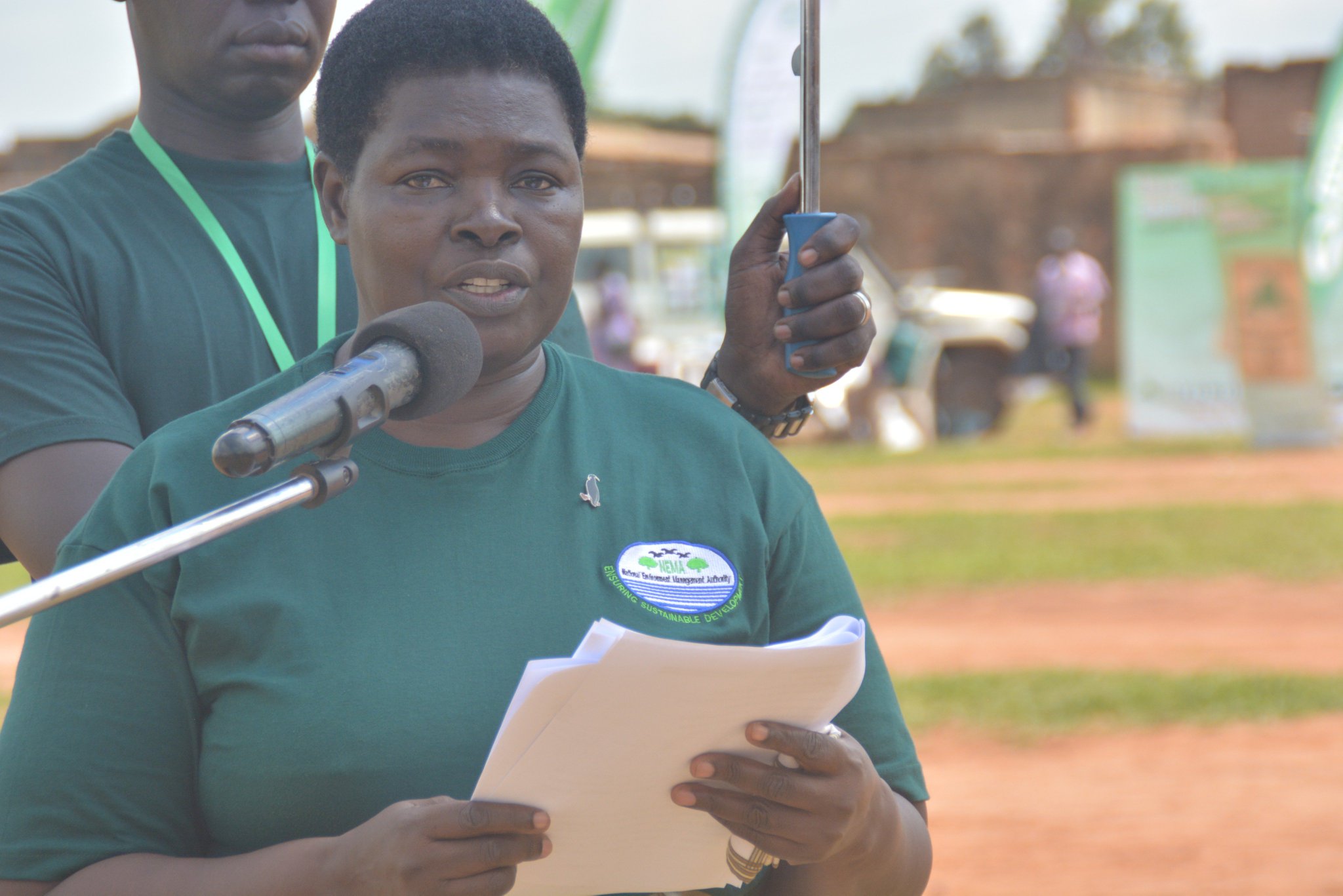 Flavia Munaba – Minister of State for Environment was the guest of honor at the World Environment Day Celebrations in Gulu District.

The national World Environment Day Celebrations were held at Pece Stadium in Gulu district on the 6th of June 2016 under the theme “Conserve Wildlife, Sustain livelihoods” which was meant to raise awareness on biodiversity species under threat and call for individual and corporate action to help safeguard them for future generations.

Starting off with a tree planting drive organized by NEMA, thousands of trees were planted around Gulu district. This was followed by an exhibition at the stadium grounds at which various organizations from around the country showcased their initiatives with relevance to the theme of the day.  ECOTRUST was in attendance to showcase the importance of tree growing and using alternative energy efficient technologies in conservation of biodiversity as well as improvement of livelihoods.

The guest of honor at the event, State Minister for Environment, Hon. Flavia Munaba in her speech emphasized the importance of conservation of forests and wetlands as they are habitats for wildlife. She reflected on the rapid loss of Uganda’s forest cover that once stood at 50% of the total land cover back in 1990 but due to rapid deforestation, is only at 2.96 million hectares. She warned against illegal trade in wildlife that is leading to the extinction of some animal species in the country.

Atto Francesca, working with the Environment Office of Gulu district in her speech mentioned that conserving the environment should be a collective responsibility of all stakeholders by replanting tress and protecting the wild life for a peaceful co-existence.

Capt. Santos Okot, the Resident District Commissioner, Gulu cautioned that damaging the environment will negatively impact on the economic and social livelihoods of the people in Gulu. He added that Oitino dam will continue to dry up and Gulu will suffer from water shortage if the trees in the district continue to be cut down without replacement.

A thank you to NEMA Uganda for organizing this event and for its continued efforts in making Uganda greener.